VERSACOR ENTERPRISES, LLC is a market leader in providing Managed Pest Solutions to commercial businesses throughout Texas and the surrounding states.  Our clients recognize the importance of quality and cleanliness and the positive impact both of these have on their reputation and bottom line.  We pride ourselves on delivering that quality and doing it in a way that safeguards the environment.

At Versacor, we do more than just eliminate pests.  We manage your program for quality, consistency and long-term results.  In delivering a Managed Pest Solution, we start with the total elimination of existing pest activity, but we don’t stop there.  We set up a proactive program to monitor for newly introduced pests, eliminate these pests in an environmentally friendly way using our EcoGuard® service and prevent reoccurrences by making your facility less conducive to pest infestations.  Then, your account is actively managed through our Quality Management program to ensure we are meeting your expectations and that you are fully protected. A Managed Pest Solution—we manage the program so you can get on with running your business.

We believe that a successful pest program should not have to rely on excessive applications of pesticides.  Our EcoGuard® service was developed because of the need for a safer, more effective means of eliminating pests while minimizing the use of pesticides.  To achieve this, we take a holistic approach that focuses on exclusion, pest pressure monitoring, and specific, targeted pesticide applications, but only when a problem has been detected.  And when we need to make applications, pesticide selection is always based on these three criteria:

3. Maximum effectiveness against the target pest

VERSACOR ENTERPRISES, LLC is dedicated to providing outstanding service to every customer, every time.  That’s simply the way we do business.  Our company is built on a foundation of five core values:

3. Quality in Everything We Do

4. Commitment to our Associates

“To protect the health, property and reputation of our clients.”  Our Mission was developed to express the reason we exist.  Our success will ultimately be measured by how true we stay to our mission.  These are our promises:

• Maintain a culture of innovation, working to continuously improve our effectiveness and efficiency

• Always remember that our people are our greatest asset

A CULTURE OF PERSONAL AND PROFESSIONAL GROWTH

Through our Cultural Principles of safety, personal interaction, involvement, opportunity and recognition, we‘ve created a work environment that’s challenging yet rewarding.  Each member of our team is supported and mentored in both personal and professional growth, which enables our associates to enjoy a long-lasting career at Versacor.  We value high energy, new ideas, teamwork and a way of working in which people are heard, supported and encouraged to make a difference.  By hiring the most talented people and providing outstanding training, we have assembled a professional team with a passion for doing things right.

The Executive Team of Versacor is a unique blend of talent and experience from the pest management industry.  Averaging more than 20 years of industry experience in service, sales and operations, they are dedicated to providing the highest quality service to commercial clients.

Jason Eicher, President, is one of the founders of Versacor Enterprises, LLC and a 20-year pest management industry veteran.  Jason’s vision of Versacor led to the establishment of the Leadership Principles of the company.  These are encompassed in the mission statement and core values of being recognized as a premium service company devoted to quality, environmental stewardship and an unwavering commitment to our employees and clients.

As President of Versacor, Jason oversees the daily operations of the company and takes the lead role in setting the standard for service quality.  He believes that flawless execution is vital to the successful delivery of Versacor’s services and consistency is crucial to on-going client satisfaction.  Through his leadership, Versacor Enterprises, LLC is already being recognized as one of the fastest growing pest management companies in Texas.

Before founding Versacor, Jason was a Regional Vice President for a national commercial pest management company and oversaw a 17-state region.  He started in the pest management industry in 1997 running branch operations before assuming responsibility for a multi-state operation.  Jason’s passion for technology led to company-wide improvements in quality and organizational efficiencies.  During his tenure, his operations were consistently ranked at the top of the organization.  Prior to entering the pest management field, Jason worked for a Pittsburgh, Pennsylvania, based electric utility company as an engineer.  He is a graduate of Grove City College where he earned a Bachelor of Science degree in Metallurgical Engineering.  He resides in Southlake, Texas, with his wife, Ana.

Prior to founding Versacor, Eric was one of the founders of a national commercial pest managment company (1986) and in his last position was responsible for mergers and acquisitions.  Prior to this role, Eric was the President and Chief Operating Officer of the company's Pest Prevention Division, a position in which he was responsible for the successful operation of 28 branch offices around the country.

In addition to a 34-year career in the pest management industry, Eric is a published author, having penned articles for trade publications such as Food Quality Magazine, Food Industry Advisor, Today’s Facility Manager and Executive Housekeeping Today and has lent his expertise to dozens of others.  He has also spoken at numerous industry events. In 2004, Eric was presented with Pest Control Technology Magazine & Syngenta Professional’s Leadership Award.  Eric has also worked in the National Pest Management Association (NPMA), where he was appointed to the Board of Directors and served for two years on the Commercial Committee, the last year as Chairman of the committee.  Eric holds a Bachelor of Science in Biology from Grove City College.  A native of Pittsburgh, Pennsylvania, Eric now resides in Grapevine, Texas.  He has a wife, Cindy and three boys.

Steve Byrd is responsible for managing Versacor's North Texas Operation, which is comprised of three branches.  As Regional Manager, Steve oversees all aspects of business development, operations, account management and specific marketing functions for the company.

Steve Byrd has more than 22 years' experience in the pest management industry, most recently with a local DFW pest management company as Commerical Operations Director.  Prior to that he worked with a large residential pest control company as an Operations Director after spending 10 years with Greyhound Lines as Corporate Operations Manager.  During his career, Steve has worked in numerous positions including operations, marketing, management, business development and as a client retention specialist.

Over the years, Steve has acquired a reputation for being both customer-oriented and quality-oriented.  He has mentored dozens of industry associates and has been instrumental in the rapid rise of some of the most successful companies in the pest management industry.  Steve is a native of Louisiana but has lived in Texas for more 40 years.  He currently resides in Bedford, Texas, with his wife and three daughters.

Mark Madere is responsible for all financial and operational accounting functions for Versacor Enterprises, LLC. As Company Controller for Versacor, Mark develops and maintains financial controls and oversees accounting activities for the company including financial statement preparation, accounts payable, payroll and compliance issues. He is also involved in procurement, insurance and human resources.

Prior to working with Versacor, Mark served in several different accounting and finance positions within the automotive, telecommunication and energy industries over a successful 36-
year career. Mark specializes in planning and analysis, sales and financial forecasting, and creating operational efficiencies.

Mark earned his Masters of Business Administration from the University of Arkansas at Little Rock and is a Certified Public Accountant.

Patti joined Versacor in 2014 as the Manager of Human Resources.  She has 23 years of HR experience, with a background in the Insurance, Technology, and Manufacturing industries.

Patti manages all Human Resource services, policies, and programs for the company.  She focuses on the health and safety of the workforce, personal ongoing development of associates, and fosters an associate-oriented company culture that emphasizes quality, continuous improvement, key employee retention and development, and high performance.  Patti also administers payroll and manages the Branch Administration and I.T. staff.

Ryan Gates is the Total Quality Manager for Versacor Enterprises.  He has held various positions in the pest management industry since graduating from college in 2013. Ryan joined Versacor in 2015 and was promoted to the position of Total Quality Manager in January of 2018.  He holds a Certified Applicator license in multiple categories in both Texas and Oklahoma.

As Total Quality Manager, Ryan manages Versacor’s overall quality program and conducts training of company personnel.  In addition to providing initial service training to new associates, Ryan maintains the ongoing training of branch personnel, which includes all specialized certifications. Acting as the Safety Officer of Versacor, Ryan also works to ensure a safe working environment for all associates and manages OSHA compliance for the company. 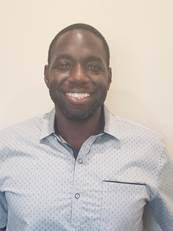 William Rogers joined Versacor in 2021 and is the IT Specialist for the company.

William's primary responsibility is managing the hardware and software used by the company on a daily basis.  In addition to maintaining current hardware and software, William is instrumental in identifying and assessing new technologies for the company.  He is also involved in marketing projects and for promoting the Versacor brand in both print and online.

He is currently seeking certification in several different IT specialties.

VERSACOR'S COMMITMENT to environmental stewardship is at the very core of our company, from our mission to our values.  In fact, Versacor was founded on the principle that we would only operate in a way that safeguards the environment.  Our EcoGuard® service philosophy expresses our dedication to environmental responsibility, incorporating a continuing reduction in pesticide usage as stipulated by the EPA’s (Environmental Protection Agency) Pesticide Environmental Stewardship Program (PESP) and an integrated pest management approach that supports the U.S. Green Building Council program, LEED (Leadership in Energy and Environmental Design).

Versacor’s approach to protecting your business from pests is simple: we provide unmatched results in a way that safeguards the environment.  And with minimal pesticide exposure, we provide you, your employees and your customers with a healthier environment.  This is all part of our EcoGuard® service.

Our commitment to the environment actually goes beyond pesticides though.  Our corporate office building, constructed in 2016, was built with sustainability in mind.  It not only meets all of the environmental regulations and green building practices as determined by the current building codes, but it goes a step further with all LED interior and exterior lighting, general and hazardous recycling programs, electric heat pump technology and more.  Our promotional materials are printed on recycled or post-consumer recycled paper, and recycling is a standard practice within our organization.  Even the rodent bait stations we use are manufactured out of 100% recycled plastic and shipped on 100% recycled pallets.

At Versacor, being Green isn’t a program, it’s a way of life.

From the top of a grain silo to the inside of a hospital operating room, Versacor provides the expertise needed for all commercial applications.  Years of research and experience serving commercial accounts have firmly established our reputation as experts in the field of commercial pest elimination.  For each one of our clients, we custom design a pest program that meets the needs of that facility.  So, whether you undergo Joint Commission accreditation, third-party audits, LEED (Leadership in Energy and Environmental Design) certification or regular health department inspections, Versacor is there for you.  We have become the service of choice for savvy professionals who demand the very best for their customers and guests.

In addition, our specialized programs are designed to not only eliminate pests but to prevent re-infestations.  With health, safety and cleanliness being part of every business strategy, it is imperative to have a pest-free environment.  Your businesses’ reputation relies on it.

At Versacor, we are experts in handling the needs of all types of commercial accounts but have specific demonstrated approaches for the fields of health care, food processing, distribution, hospitality, schools, restaurants, pharmaceutical and commercial buildings. 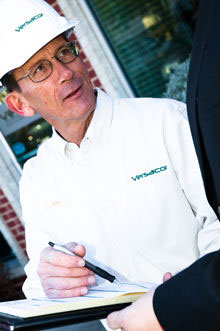 Versacor on YouTube
For a free consultation,
call us today at